The Righteous Among the Nations

The “Righteous Among the Nations”  is the name given by the State of Israel to describe non-Jews who risked their lives during the Holocaust to save Jewish people from extermination by the Nazis.

At Yad Vashem, the Museum of the Holocaust, in Jerusalem, trees have been planted in memory of  individuals and  families, who have been recognised for their selfless actions during the Second World War years to save the lives of Jewish men women and children.

Amongst the names of hundreds of ordinary people honoured by the Jewish State are Princes Alice of Battenberg, the Duke of Edinburgh’s mother,  Queen  Mother Helen of Romania and Queen Elizabeth of Belgium.

The country with the largest number of people being recognised is Poland with 6620 recipients.  The Netherlands have 5516 and France 3925 people.

In the Dutch village of Nieuwlande, during 1942 and 1943 the village inhabitants resolved that every household would hide one Jewish family or at least one Jew. All 117 inhabitants of that village were recognized as "Righteous Among the Nations".

Denmark was the only occupied country that actively resisted the Nazi regime's attempts to deport its Jewish citizens. On September 28, 1943, Georg Ferdinand Duckwitz, a German diplomat, secretly informed the Danish resistance that the Nazis were planning to deport the Danish Jews. The Danes responded quickly, organizing a nationwide effort to smuggle the Jews by sea to neutral Sweden.

Warned of the German plans, Jews began to leave Copenhagen, where most of the 8,000 Jews in Denmark lived, and other cities, by train, car, and on foot. With the help of the Danish people, they found hiding places in homes, hospitals, and churches. Within a two-week period fishermen helped ferry 7,220 Danish Jews and  680 non-Jewish family members to safety across the narrow body of water separating Denmark from Sweden.  (Quote Jewish Encyclopaedia)

The Christian ten Boom family from Haarlem in the Netherlands is remembered at Yad Vashem for all they did to rescue Jewish people.

Corrie ten Boom documented all that happened in her book “The Hiding Place”, which was also made into a film. 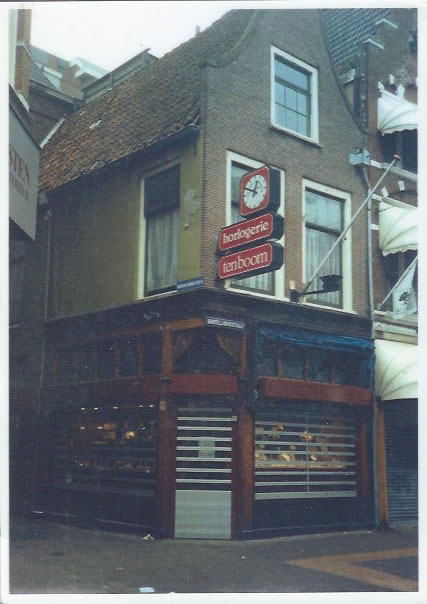 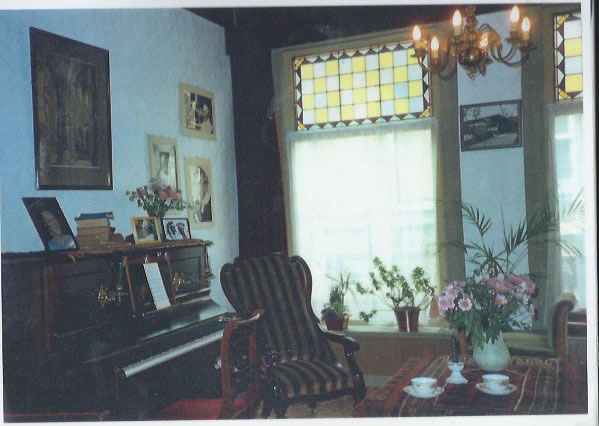 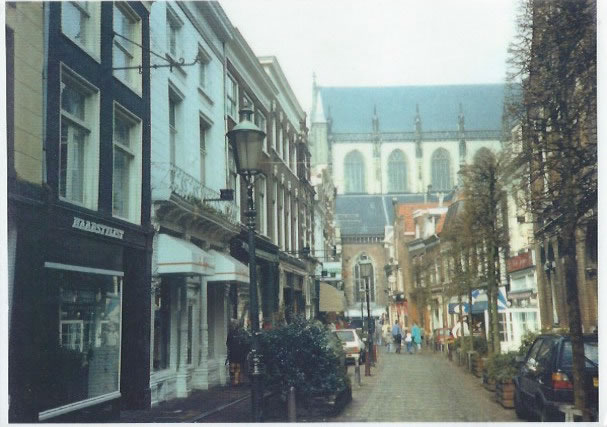 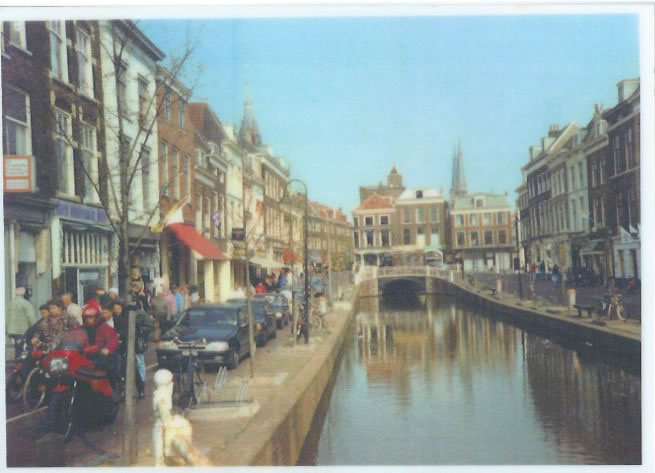 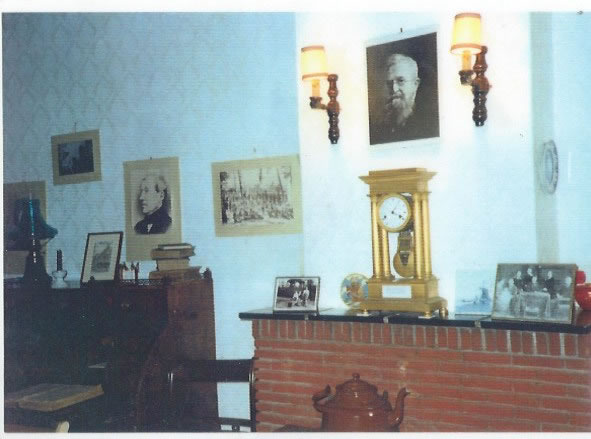 Corrie’s father Casper owned the families watch making shop and a small hiding place for Jews and members of the Dutch resistance was made behind a false wall in Corrie’s bedroom. 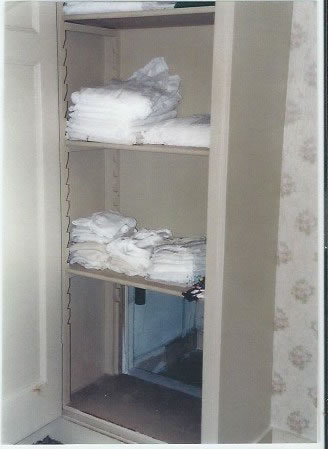 Hole into Hiding place at bottom of cupboard

A hole knocked through the false wall to show the Hiding Place. 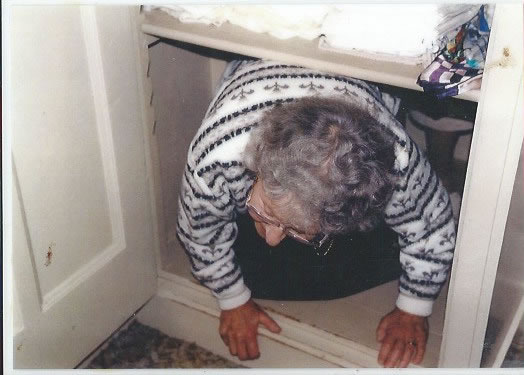 Crawling out of the Hiding Place 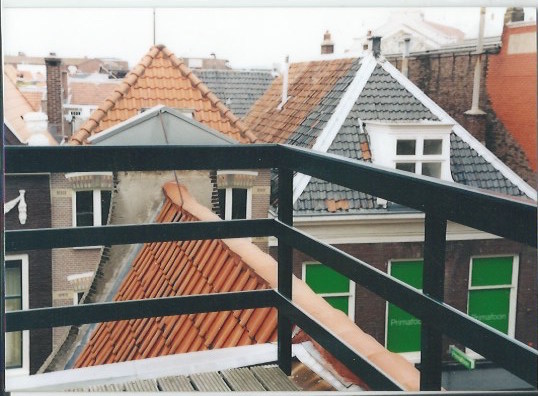 On the roof of the ten Boom families shop, where those in hiding could get a breath of fresh air. 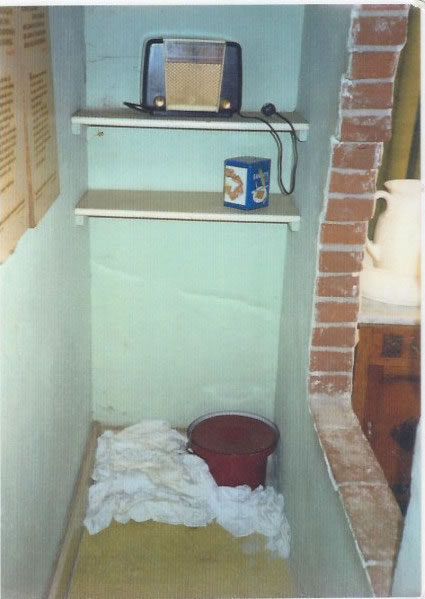 The Hiding Place measured 2.40 metres in length, 60 centimetres in width and 2.78 metres in height.

On February 28th 1944 the family was betrayed and the Gestapo raided the house. There they arrested six members of the family. During the next few hours about 30 friends, who came to the house unaware of the betrayal, were also arrested and taken to prison. The Gestapo did not however discover the four Jewish people and two members of the Dutch Resistance who had reached The Hiding Place. They were all mercifully rescued by Resistance workers after spending two and a half days in that small space.

Betsie died on December 16th 1944 at the age of 59 years. Corrie was released due to a clerical error fifteen days later. One week later all women of her age were sent to the gas chambers. Corrie ten Boom went throughout 60 countries in the following years telling of all that happened in the war years and of her and her families faith in the God and Messiah of Israel. She died in the USA in 1983 aged 91 years. 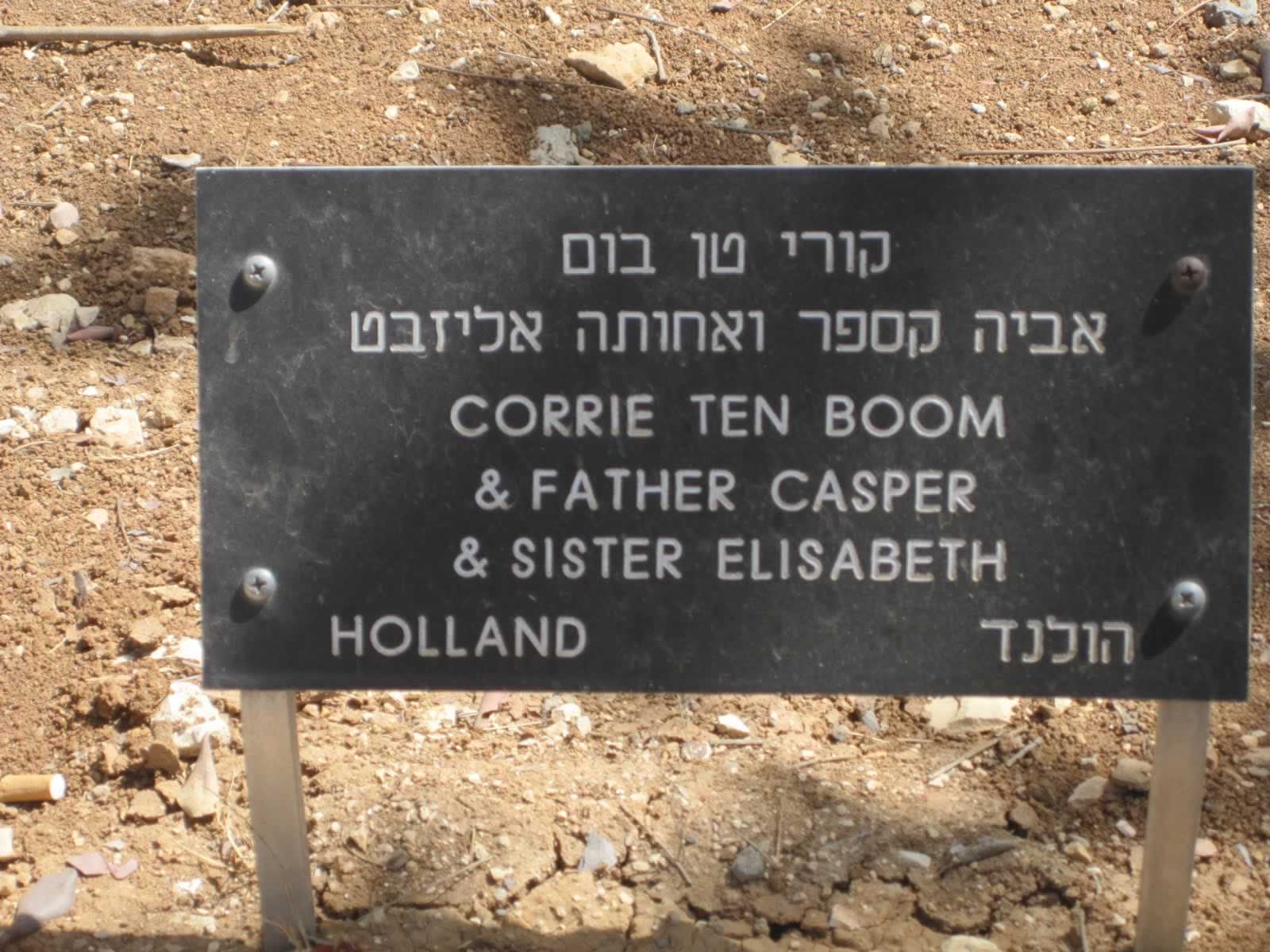 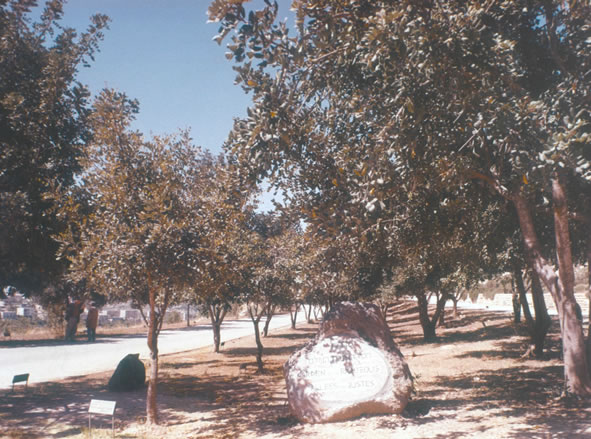 The Avenue of the Righteous at Yad Vashem Jerusalem 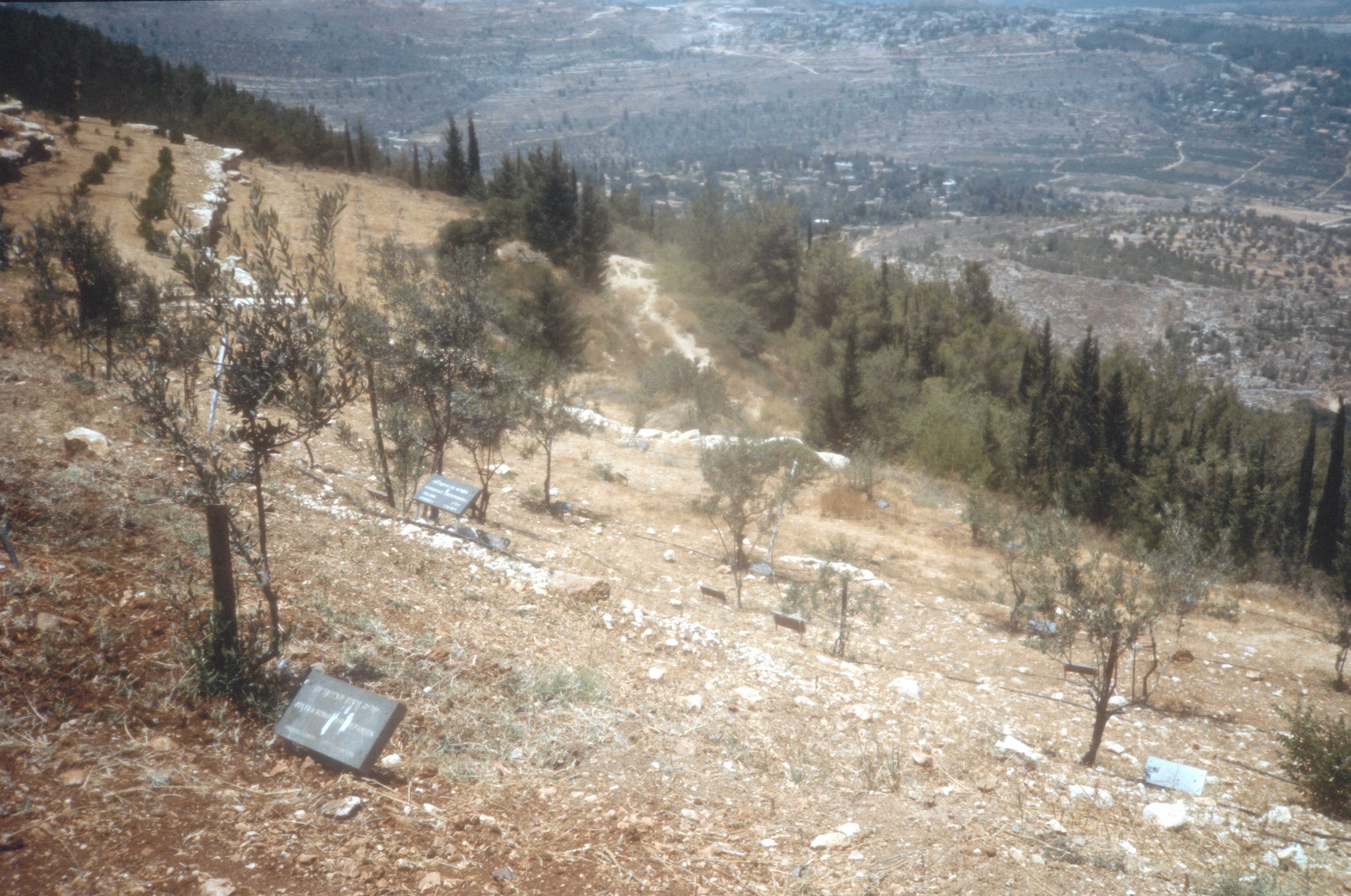 Memorial at Yad Vashem for all those who were transported across Europe, many to certain death.

List of Righteous Among the Nations by country (Wikipedia)

Garden of the Righteous Among the Nations (Wikipedia) 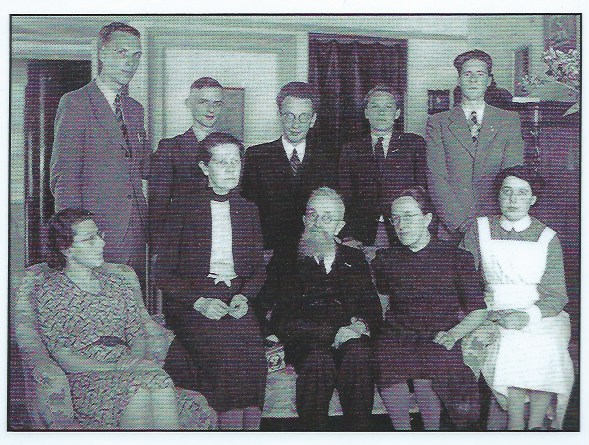 The Ten Booms with some of their guests in 1943. Corrie is sitting on the right of her father. 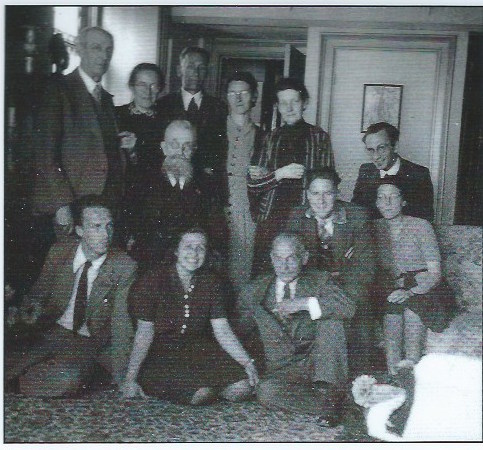 The Ten Booms with some of their guests in 1943. 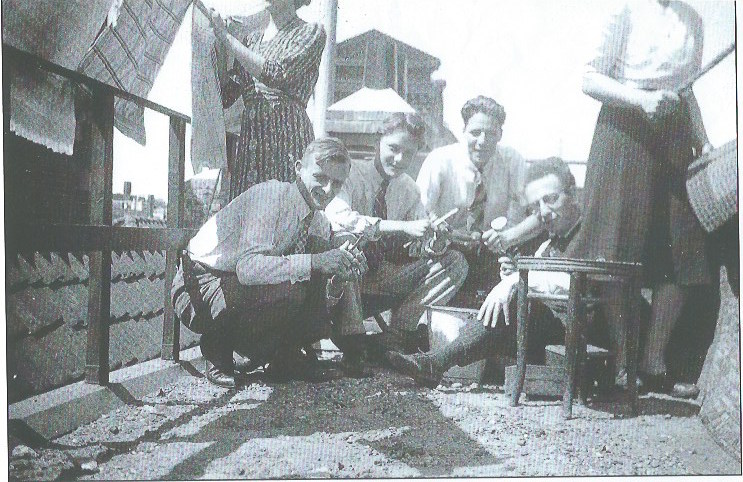