The word "Zion" is recorded over 150 times in the Bible. It is first mentioned in 2 Samuel 5:7. “Nevertheless David took the stronghold of Zion" (that is, the city of David). 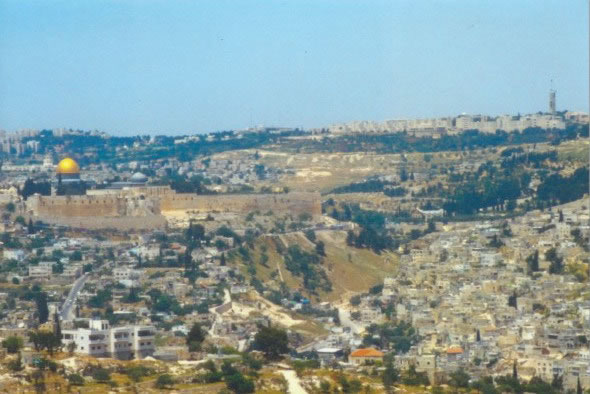 The City of David would have been on the right. The First and Second Temples were built where the Mosque now stands to the left of the picture. 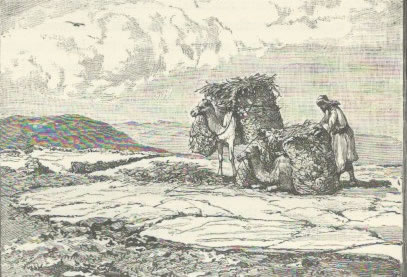 In 2 Samuel 24:18 – 25 we read how King David purchased the threshing floor on Mount Moriah from Araunah the Jebusite for fifty shekels of silver. This was to be the area where King Solomon would build The Temple.

The threshing floor is always chosen for being an exposed high spot in order to catch the wind for winnowing. The ground is prepared by being beaten and trampled smooth and hard. Heaps of grain laid in circles, with the heads inwards, are piled on the threshing floor, which is guarded during the night by a watchman in a watch hut on the floor. In the Book of Ruth, Boaz, the owner slept on the sheaves of corn (see Ruth 3:2 – 7). 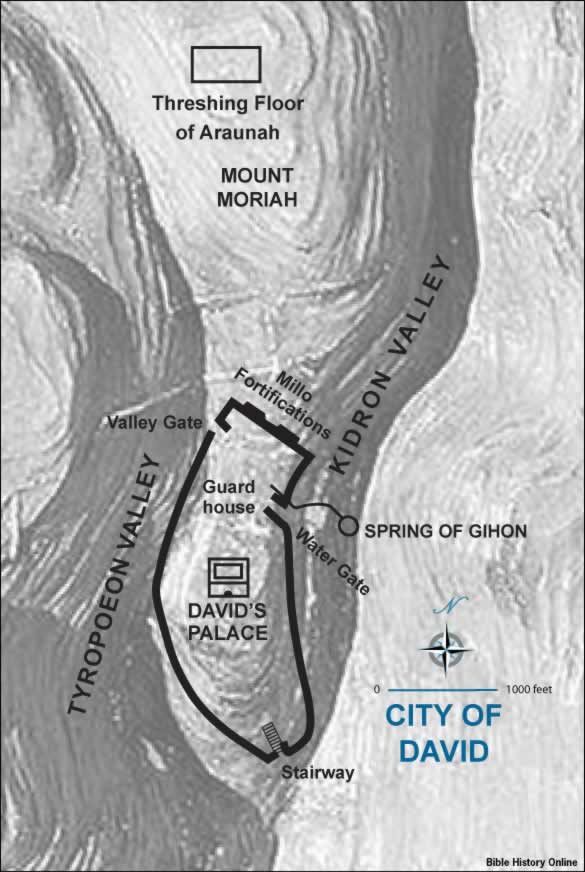 The Threshing Floor of Ornan 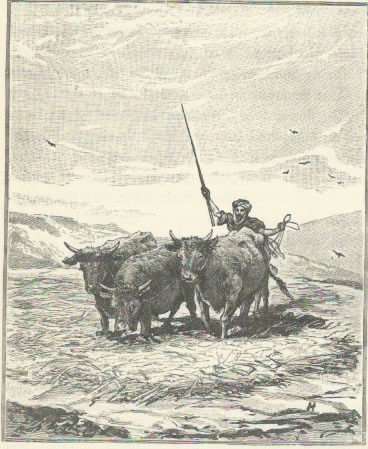 Treading out the corn on a threshing floor.

Where there were no threshing sledges, oxen were employed to tread out the grain. Winnowing was done to separate the grain and the chaff. Threshing is mentioned quite a few times in the Hebrew Scriptures, as is chaff. Psalm 35:5 says… “Let them be as Chaff before the wind: and let the angel of the Lord chase them.”

John the Baptist says of the Messiah in Matthew 3:12 "His winnowing fan is in His hand, and He will thoroughly clean out His threshing floor, and gather His wheat into the barn; but He will burn up the chaff with unquenchable fire."

Mount Moriah is first mentioned in the book of Genesis 22:2. The Almighty tells Abraham to, "Take now your son, your only son Isaac. Whom you love, and go to the land of Moriah, and offer him there as a burnt offering on one of the mountains of which I shall tell you." 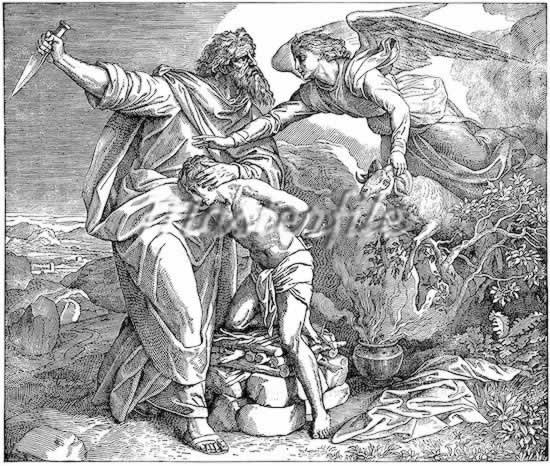 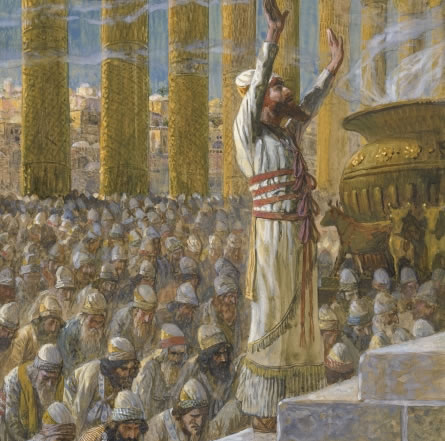 In the end God provided the sacrifice and Isaac was spared, but Abraham is given promises of blessing because of his obedience.

In 2 Chronicles 3:1 we are told that Solomon would start to build a house for the Lord in that same area. "Now Solomon began to build the house of the Lord at Jerusalem on Mount Moriah where the Lord had appeared to his father David, at the place that David had prepared on the threshing floor of Ornan the Jebusite". Solomon’s Temple was dedicated to the Lord approx. 953 BC and destroyed by the Babylonians in 586 BC.

The purpose of the Temple was to be the place where sacrifices were offered for the sins of the people of Israel. It’s design was according to the same detail as the Lord commanded Moses in the building of the Tabernacle. The only difference was that the Temple was a not a portable tent like the Tabernacle (Exodus 26 and 27). 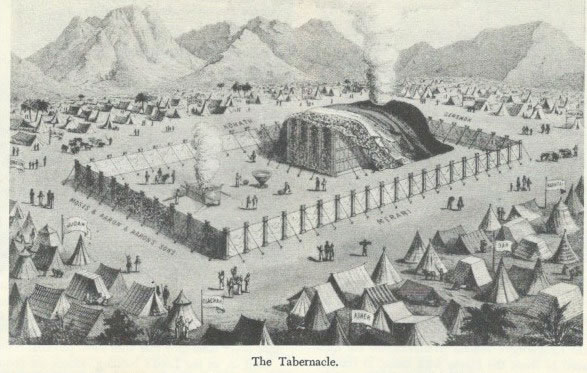 The Tabernacle in the Wilderness 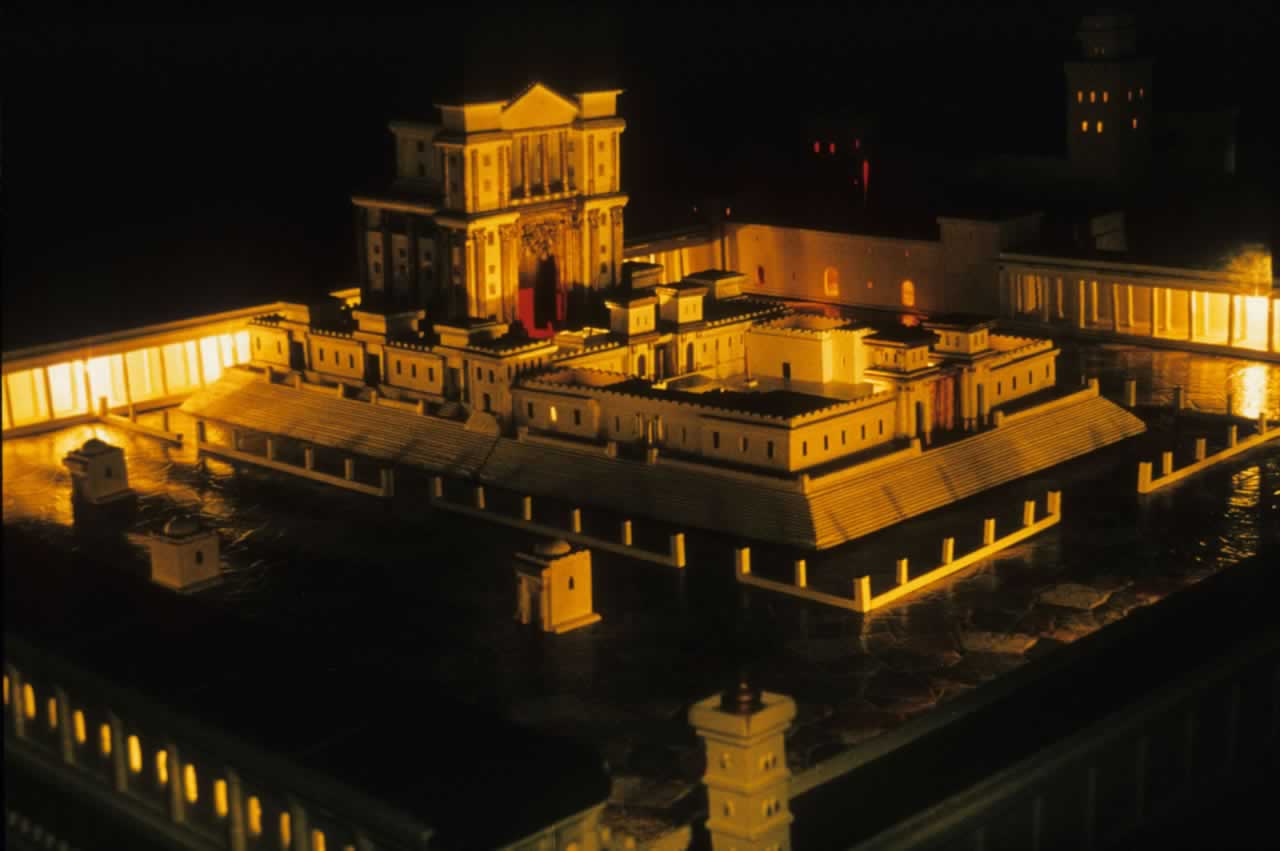 Model of the Second Temple

The Second Temple which was rebuilt when the Jewish people returned from Babylon, stood in Jerusalem from 516 BCE to 70 CE when it was destroyed by the Roman legions.

Zion can speak of Jerusalem or the land of Israel or the Jewish people. In Isaiah 51:16 we read the words:

"And I have put my words in your mouth; I have covered you with the shadow of my hand, That I may plant the heavens, Lay the foundations of the earth, And say to Zion, "You are my people.""

It is clear from the Holy Scriptures that the Almighty chose Israel and the Jewish people to give His Truth to the world. Without them we would have no Bible, no churches and no knowledge of the true God. The Lord Jesus Himself said: "Salvation is of the Jews". John 4:22

For all the benefits that we have received from the Jewish people, as one elder statesman, Lord Balfour, said in the early 20th century, "The Christian religion and civilisation owes to Judaism an immeasurable debt, shamefully ill repaid." Today Antisemitism is growing and there are many who are rising up with the intention that, "the name of Israel be remembered no more." Psalm 83:4.

However the Lord has spoken through the prophet Jeremiah 31:35-36: 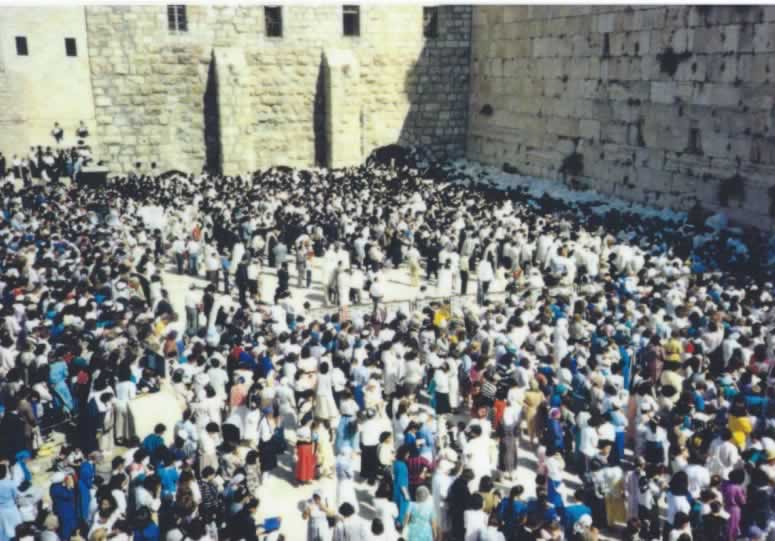 Jewish people at the Western Wall during the Feast of Tabernacles. 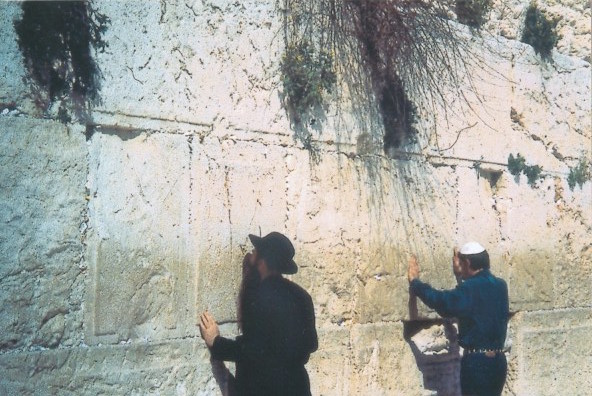 What does GOD say about ZION?

Oh, that the salvation of Israel would come out of Zion! When the LORD brings back the captivity of His people, Let Jacob rejoice and Israel be glad. Psalm 14:7

For God will save Zion and build the cities of Judah, that they may dwell there and possess it. Psalm 69:35

Great is the LORD, and greatly to be praised in the city of our God, in His holy mountain. Beautiful in elevation, the joy of the whole earth, is Mount Zion on the sides of the north, the city of the great King. Psalm 48:1-2

The LORD loves the gates of Zion more than all the dwellings of Jacob. Psalm 87:2 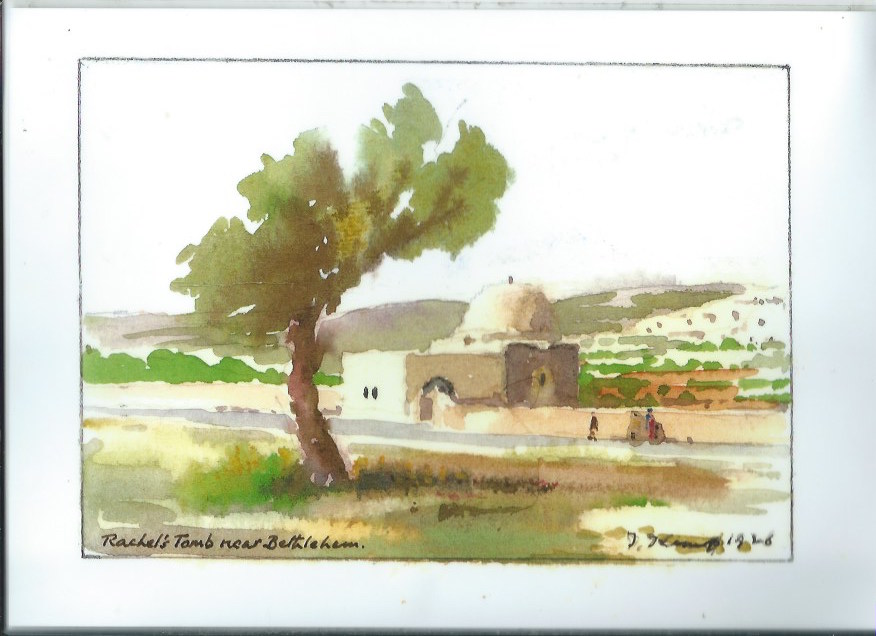 The Tomb of Joseph at Shechem 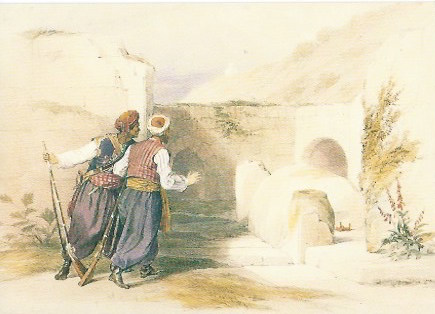 Jerusalem from the Mount of Olives 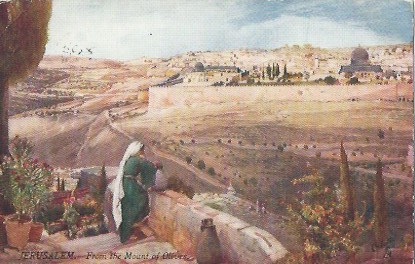 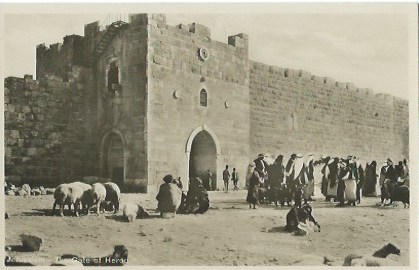 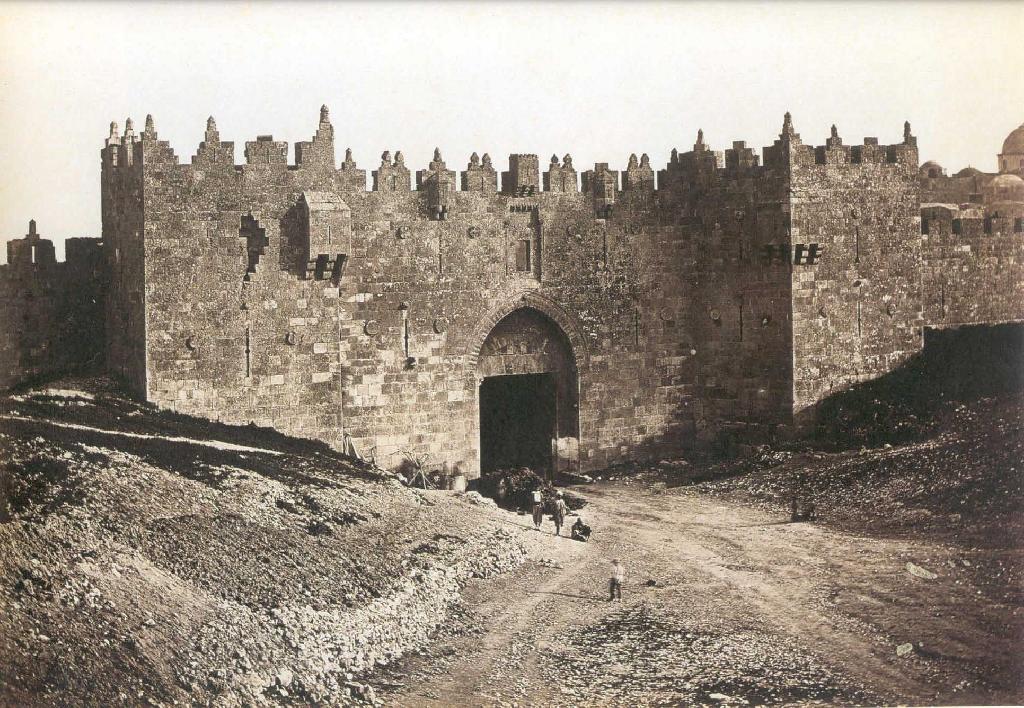 Jerusalem, Mount of Olives and Gethsemane 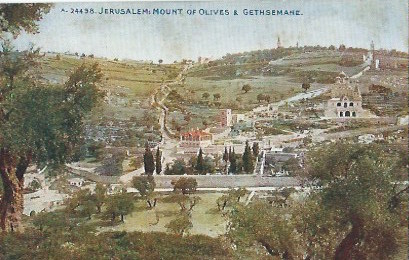 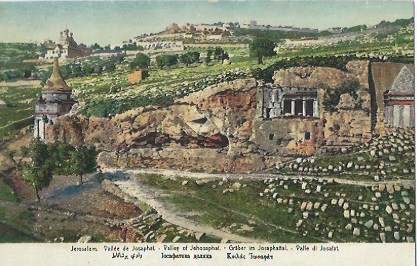 The Valley of Megiddo 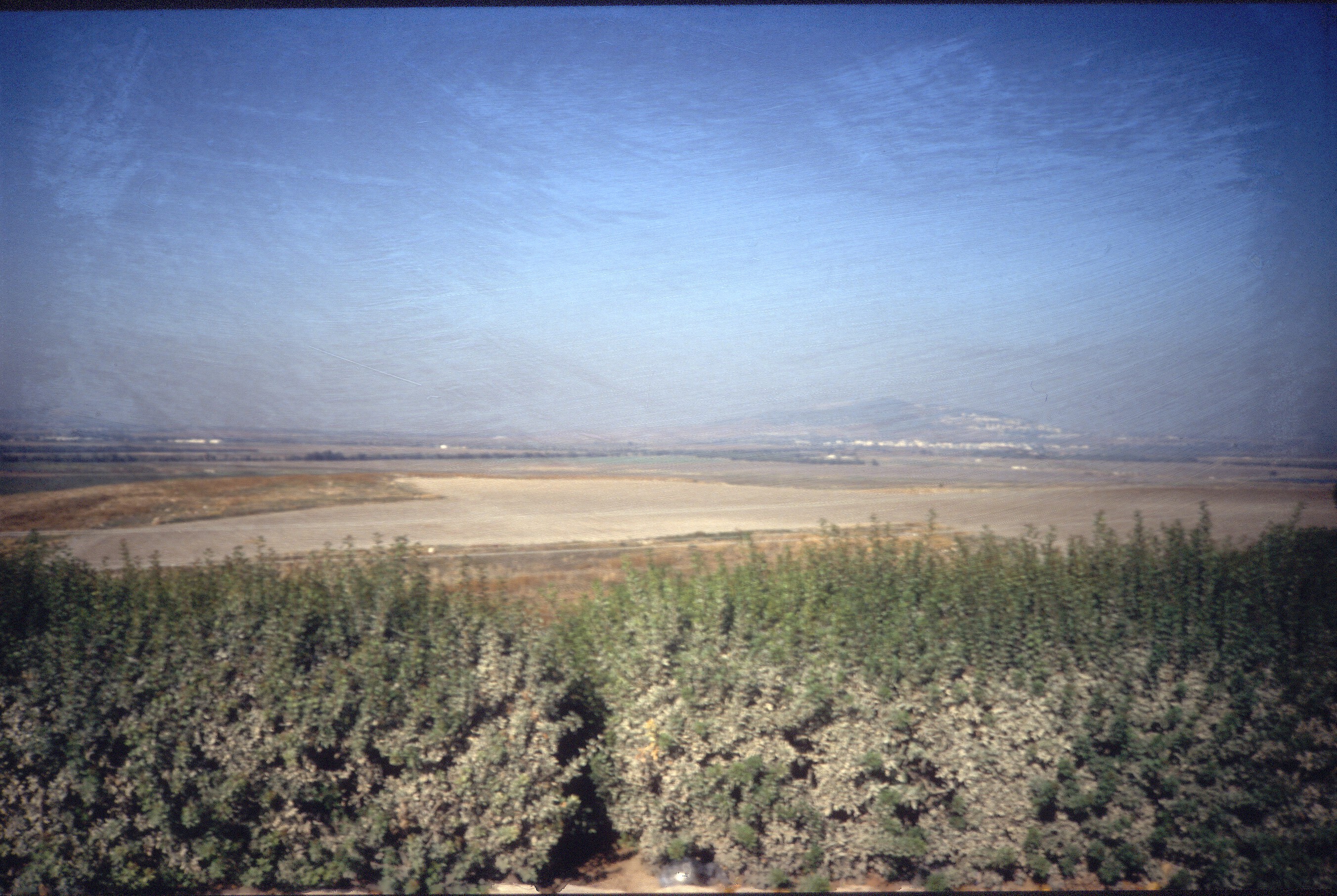 There have been a few battles at Megiddo in the past. The last one being in 1918 when The Ottoman Empire fell to the Allied Forces under General Allenby.

The final battle is yet to come, when the Lord God Almighty defeats His enemies at what is called in the Bible the Battle of Armageddon also called Megiddo.

“For they are spirits of demons, performing signs, which go out to the Kings of the earth and of the whole world, to gather them to the battle of that great day of God Almighty. And they gathered them together to the place called in Hebrew, Armageddon.” Revelation 16: 14b & 16 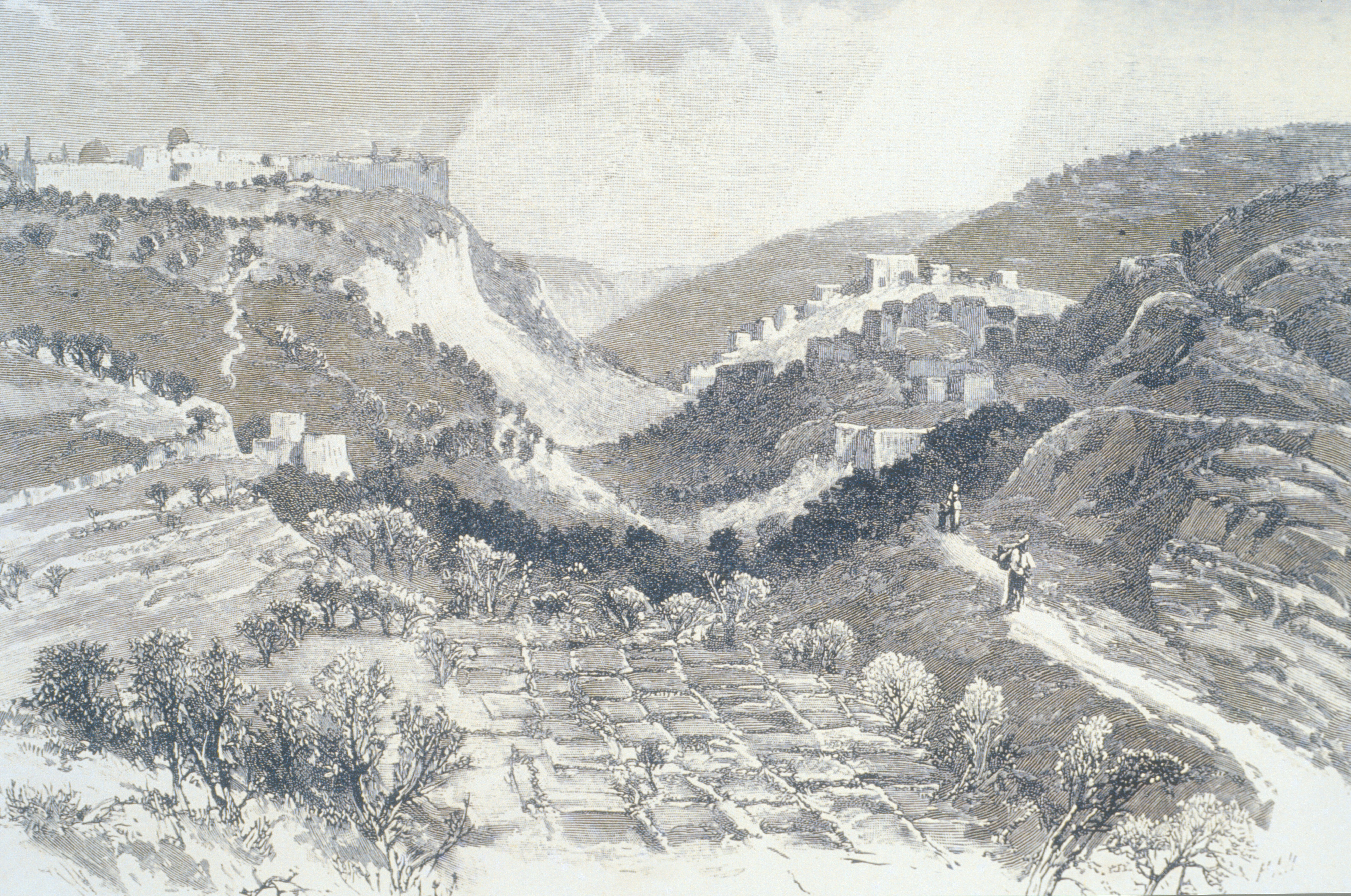 When Jesus had spoken these words, He went with His disciples over the Brook Kidron, where there was a garden, which He and His disciples entered. John 18:1

Graves on the Mount of Olives 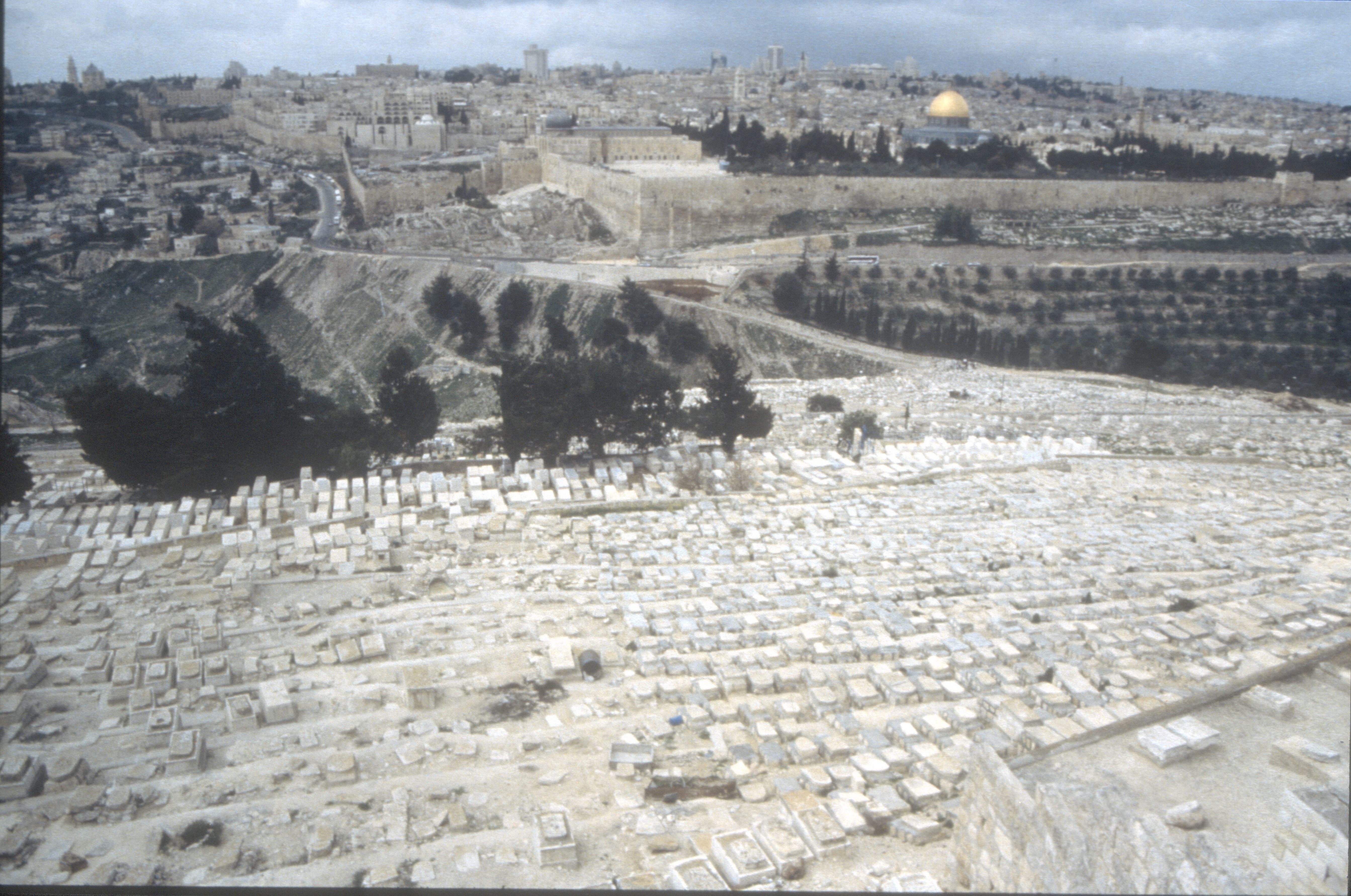