Antisemitism is summed up in the verse of the Bible which says,

“Those who hate me without cause are more than the hairs on my head. They are mighty who would destroy me.” Psalm 69:4a

All hatred of the Jewish people and the nation of Israel is often totally irrational and yet evil in origin.

How can one nation and people have been singled out for such hatred in every generation.

In our generation we may disagree with a political stance of a foreign government, but there is no country that has to continually justify it’s right to exist and who some would want to see wiped of the face of all the maps of the world.

Israel and the Jewish people have been continually hated, because the God of Israel, the God of Abraham Isaac and Jacob chose that people to bring the word of God contained in the Bible, to the whole world and brought forth the Messiah in the person of the Lord Jesus to give His life for the sins of the world as the King of the Jews.

The God of Israel cannot be dethroned, so the powers of darkness focus on His earthly people and nation, hoping to thwart the promises of the Almighty to His people and so prevent the Bible from being fulfilled.

The Messiah of Israel will ultimately reign from David’s Throne in Jerusalem during the Millennial thousand year earthly reign as recorded in the book of  Revelation Chapter 20.

If Adolph Hitler had succeeded in his evil plan, Israel would never have been reborn as a nation in 1948

Today there are those who seek Israel’s destruction and declare that in a few years it will cease to exist. They do not understand that they are dealing with the Almighty God of Israel who neither slumbers nor sleeps, and who will fulfil every promise to His own Jewish Nation as well as those who have believed in the Messiah of Israel from the nations of the world.

Antisemitism is defined as hostility, prejudice or discrimination against the Jewish people.

Most people, when thinking about Antisemitism focus their minds on the Holocaust. Sadly Antisemitism goes back many centuries and has been called, “The longest hatred”.

Joseph was elevated to great power in Egypt and the people of Israel prospered, but after Joseph’s death and all his generation, there arose a new king over Egypt, who did not know Joseph.

In Exodus 1:15 the King of Egypt spoke to the Hebrew midwives and asked them to kill all male sons born to the Hebrew women. The midwives refused. Pharoah then commanded all his people saying, "Every son who is born you shall cast into the river, and every daughter you shall save alive." Exodus 1:22.

The story of Moses in the bulrushes is known by nearly everyone. He was a man of the tribe of Levi who was saved from certain death, brought up in the court of Pharaoh and went on to be the Almighty’s instrument, with his brother Aaron, to bring the Hebrew people out of their bondage in Egypt into the promised land.

In the book of Esther we read of another plot to annihilate the Jewish people at the decree of Haman in the land of Persia during the year approx. 473 BC. "Then Haman said to King Ahasuerus, “There is a certain people in all the provinces of your kingdom; Their laws are different from all other peoples, and they do not keep the Kings laws. Therefore it is not fitting for the king to let them remain. If it pleases the king, let a decree be written that they be destroyed….." Esther 3:8 – 9 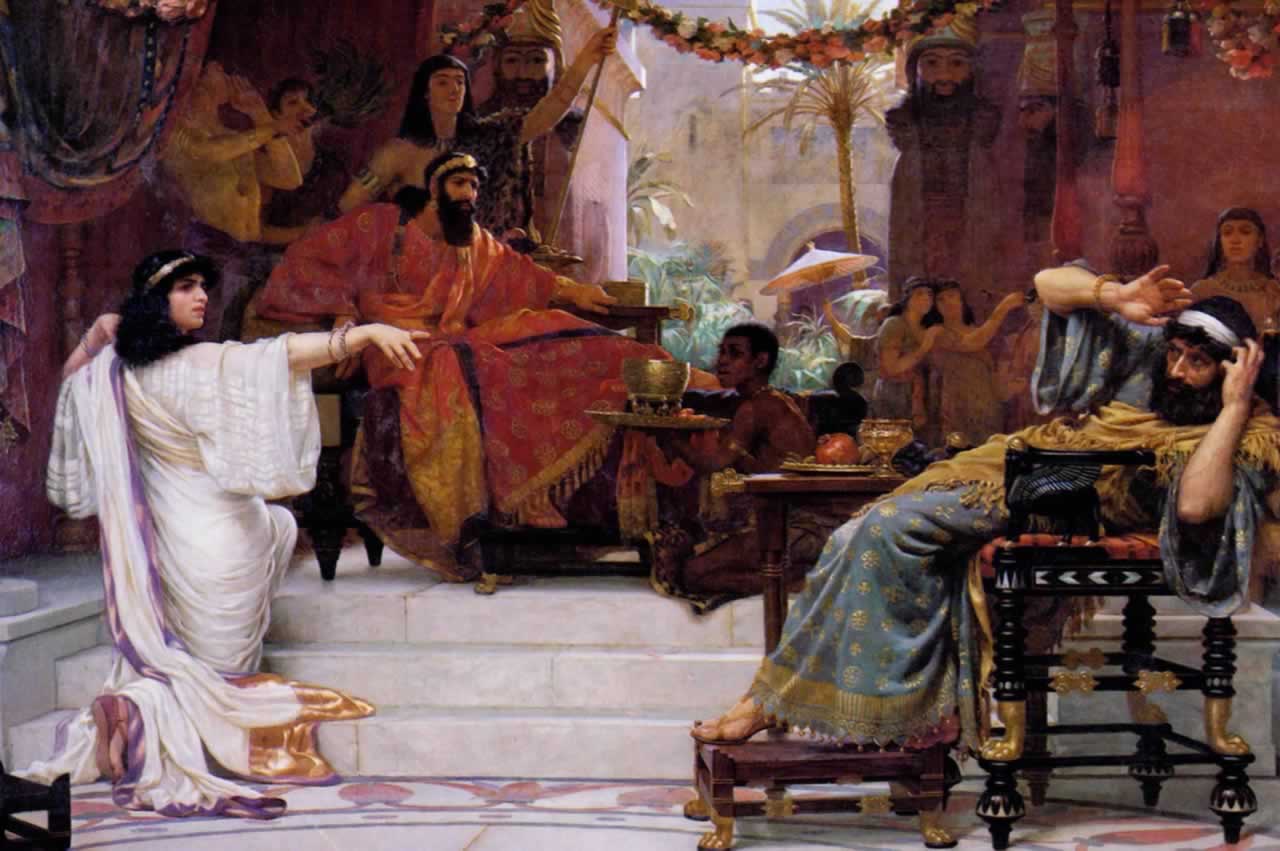 Picture of Esther and Haman. 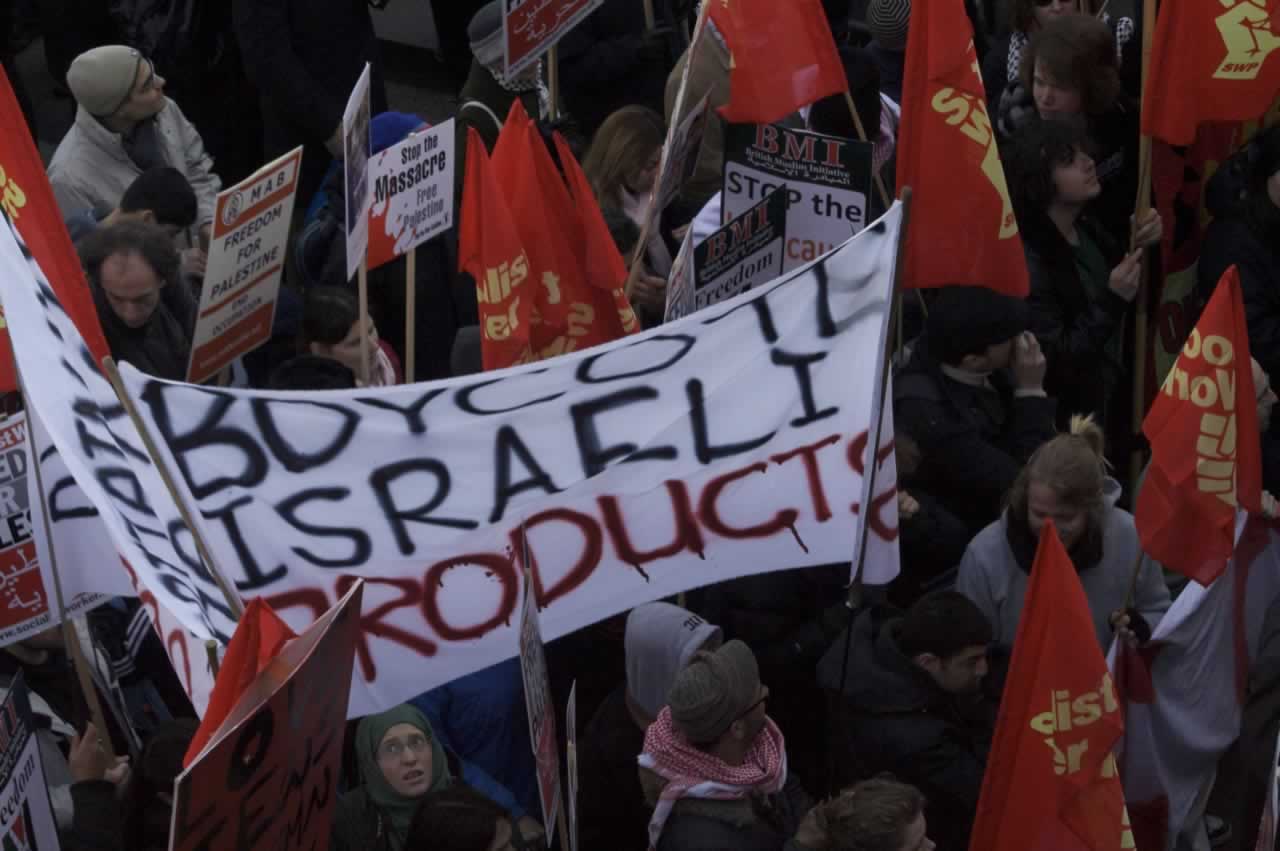 Queen Esther who was herself Jewish helped save her people from destruction and the events of that time are still celebrated yearly by Jewish people throughout the world at the festival of Purim.

After the birth of the Lord Jesus in Bethlehem, King Herod enquired about how he could find Him, from the wise men who came from the east to bring gifts for the new baby King.

After finding the infant Jesus the wise men fell down and worshipped Him. God then warned them in a dream not to return to Herod, and they left for their own country by a different route.

"Then Herod, when he saw that he was deceived by the wise men, was exceedingly angry; and he sent forth and put to death all the male children who were in Bethlehem and all its districts, from two years old and under, according to the time which he had determined from the wise men. Then was fulfilled what was spoken by Jeremiah the prophet saying: "A voice was heard in Ramah, Lamentation, weeping, and great mourning, Rachel weeping for her children, refusing to be comforted, because they are no more." Matthew 2:16 -18.

Joseph had been previously warned in a dream by God to take his family down to the land of Egypt. They dwelt there until Joseph was told by an angel in a dream that it was safe to return to Israel, because King Herod was dead. See Matthew 2:19 -23.

In AD 70 as was prophesied by the Lord Jesus in Luke 21:20-24, the Roman armies destroyed the Temple and Jerusalem. The Jewish people were scattered to the four corners of the earth. The long exile had begun.

One cannot express the horror of what the following centuries was to bring in the realm of persecution for the Jewish people in the Diaspora. The following chart outlines only a brief list of some of the events that have taken place during the last 1900 years.

Unfortunately much persecution against the Jewish people over the last two thousand years, has been at the hands of the established Christian churches.

Jewish deicide is a historic belief among some in Christianity that Jewish people as a whole were responsible for the death of Jesus. The antisemitic slur "Christ-killer" was used by mobs to incite violence against Jews and contributed to many centuries of pogroms, the murder of Jews during the Crusades, the Spanish Inquisition, and during the Holocaust.

As the Father knows Me, even so I know the Father; and I lay down My life for the sheep. And other sheep I have which are not of this fold; them also I must bring, and they will hear My voice; and there will be one flock and one shepherd. “Therefore My Father loves Me, because I lay down My life that I may take it again. No one takes it from Me, but I lay it down of Myself. I have power to lay it down, and I have power to take it again. This command I have received from My Father.”

The responsibility for the death of the Lord Jesus is with the Almighty who sent His Son into the world to be the sacrifice for the sins of both Jewish people and gentiles.

Instead of persecuting the Jewish people, the churches should have been thanking them that their Saviour had been born as the King of Israel and that because He gave up His life for us, we can all have forgiveness of sins and eternal life. Without the Jewish people we would also have no Bible and no Churches. 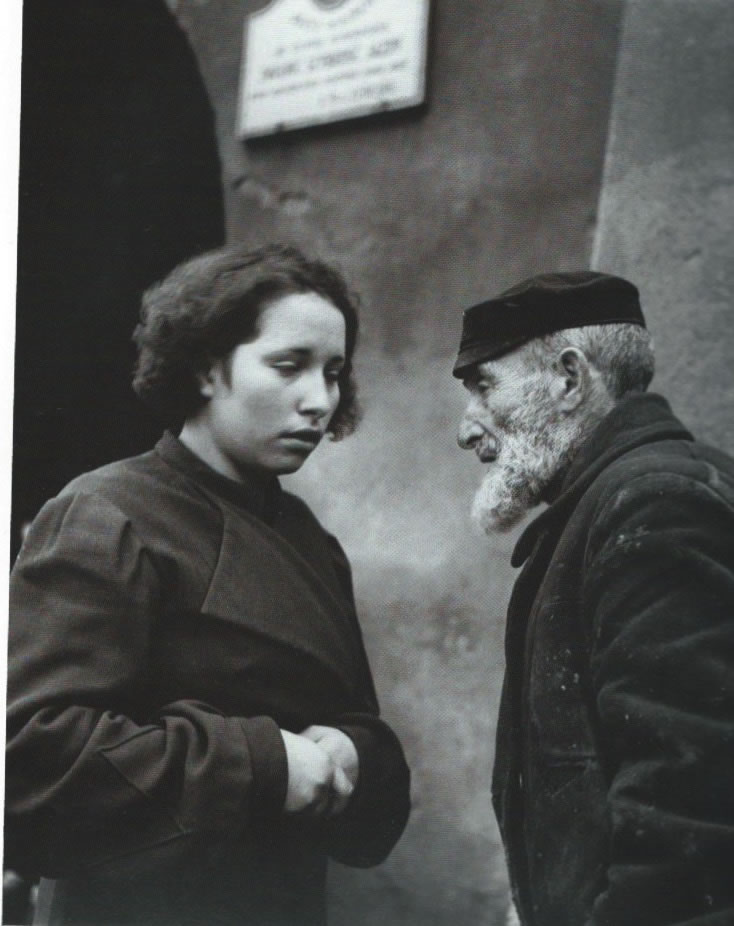 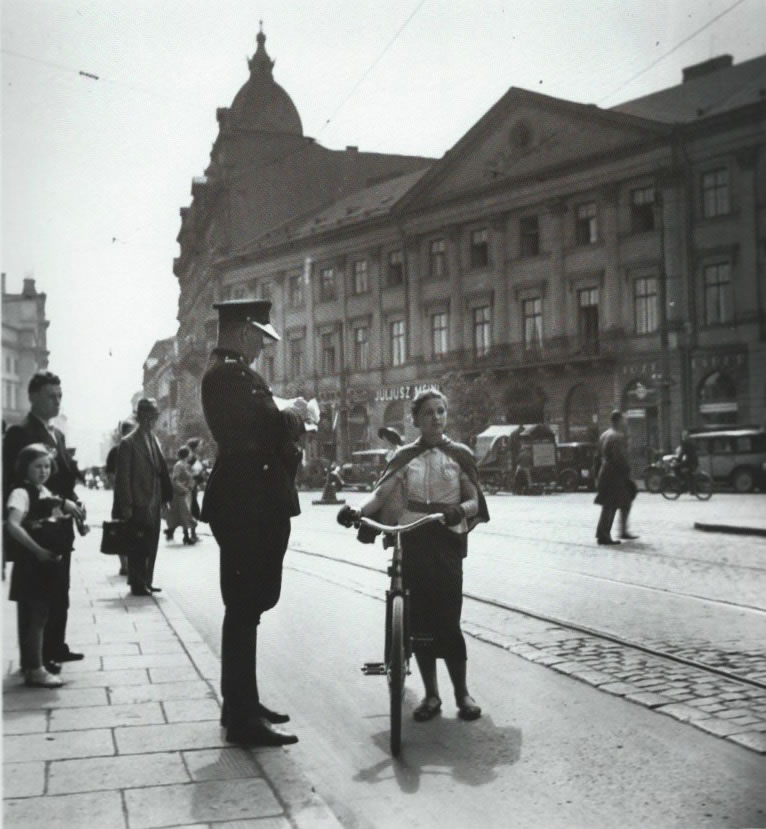 This Jewish girl does not have a licence for her bicycle. Warsaw 1937.

What does GOD say about Zion in the PROPHETS?

"Come, and let us go up to the mountain of the LORD, to the house of the God of Jacob; He will teach us His ways, and we shall walk in His paths." For out of Zion shall go forth the law, and the word of the LORD from Jerusalem. Isaiah 2:3

I bring My righteousness near, it shall not be far off; My salvation shall not linger. And I will place salvation in Zion, for Israel My glory. Isaiah 46:13

For the LORD will comfort Zion, He will comfort all her waste places; He will make her wilderness like Eden, and her desert like the garden of the LORD. Joy and gladness will be found in it, thanksgiving and the voice of melody. Isaiah 51:3

For I will restore health to you and heal you of your wounds,’ says the LORD, ‘ Because they called you an outcast, Zion for whom no one cares. Jeremiah 30:17

And it shall come to pass that whoever calls on the name of the LORD shall be saved. For in Mount Zion and in Jerusalem there shall be deliverance, as the LORD has said, among the remnant whom the LORD calls. Joel 2:32

So the angel who spoke with me said to me, "Proclaim, saying, ‘Thus says the LORD of hosts: "I am zealous for Jerusalem and for Zion with great zeal. I am exceedingly angry with the nations at ease; for I was a little angry, and they helped—but with evil intent." Zechariah 1:14–15

Again proclaim, saying, ‘Thus says the LORD of hosts: “ My cities shall again spread out through prosperity; the LORD will again comfort Zion, and will again choose Jerusalem’. Zechariah 1: 17

"Sing and rejoice, O daughter of Zion! For behold, I am coming and I will dwell in your midst," says the LORD. "Many nations shall be joined to the Lord in that day, and they shall become my people. And I will dwell in your midst. Then you will know that the Lord of Hosts has sent me to you. And the Lord will take possession of Judah as His inheritance in the Holy Land, and will again choose Jerusalem. Be silent, all flesh before the Lord, for He is aroused from His holy habitation!". Zechariah 2:10-13 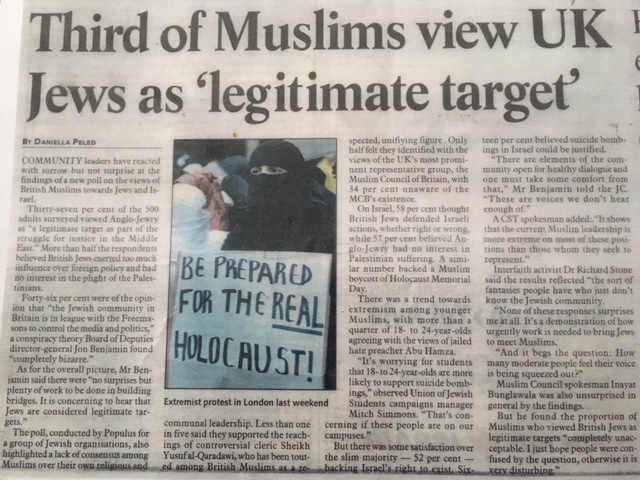 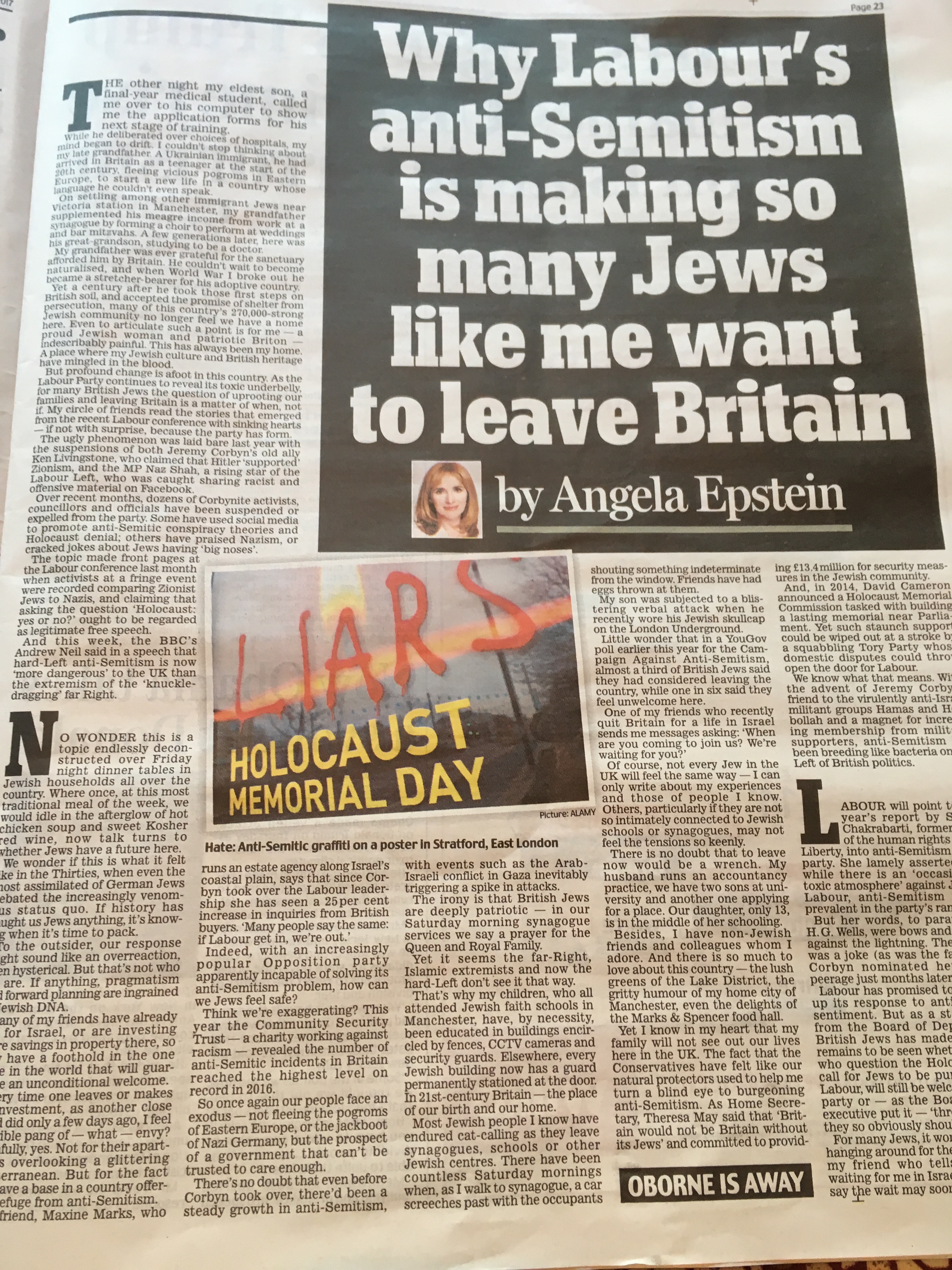 Why isn't there a Palestinian state?


Against All Odds Israel survives 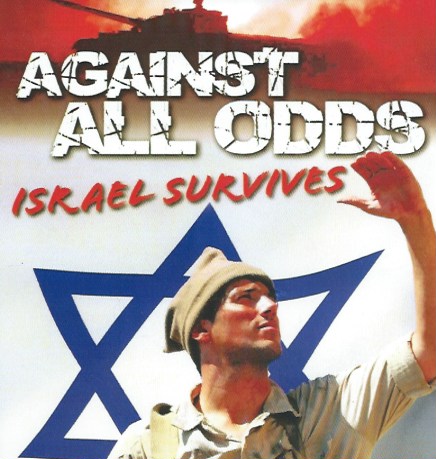 Against All Odds Israel Survives is a wonderful 13 part DVD set about the miraculous events in Israel’s history. It is available to purchase online.